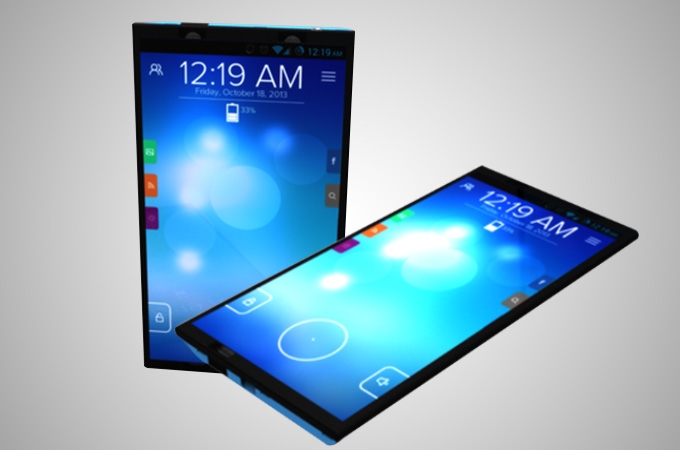 Xiaomi Mi is no foreigner among our Indian audience. It’s one of the most popular brands amongst Indian phone buyers who look for good performance on a budget with all the latest features. Mi has a very good service record among us Indians, and every new launch that they make sells out instantly, particularly among online retailers. Even now the demand of Mi phones outpaces the supply.

The fact that makes them such a beloved company in a challenging market place like India is because Mi knows how to spec their devices such that people don’t necessarily feel like they bought something inferior in a given budget and most of the time their pricing is just right enough to get the average buyer get excited about the product. And such a product is exactly what could be forthcoming.

Enter Mi7; the internet is awash with rumoured specifications of the device. This will be the successor to the Mi6 that they launched not too long ago. The Mi6 was a great device on its own, boasting of some of the best specifications in a mid-tier budget and Xiaomi could be launching its successor not too soon from now. So, let’s look at some of the few things that you could expect with the phone.

Although the final design of the device is yet to be seen, Xiaomi could follow the minimalistic approach in the design language that it has followed for quite some time now. Although to speculate that they wouldn’t do something adventurous like they did with the Mi6 isn’t too far off the equation as the Xiaomi Mi7 will be pegged as the flagship phone of the company in the Indian sub-continent. It’ll be available with a choice of Gold, Grey, and Silver when it’s launched.

Display wise it could boast a 5.7 inch IPS display with a resolution of 4k UHD (2160 × 3840 pixels) equating it to a pixel density of 773 PPI. If it does launch with a 4K display, it’ll be a first for Mi India to launch a phone with such a high screen resolution. In comparison, only the Sony Z5 Premium supports a resolution that high.

Talking about performance, the phone will be a total number cruncher when it launches. It is rumoured to have the latest Snapdragon 830 SoC which comes from the newer 64 bit Kryo 200 core family with a 10nm process, which is not only faster but also consumes less energy. Speed wise the processor will have two cores clocked at a mammoth 2.4 GHz and two at a slightly slower 2 GHz frequency.

The phone will also boast of a plentiful 6 GB of RAM, which is hugely beneficial for the users as it will prevent any sort of slowdown during the day-to-day use and multitasking with many apps open will be a breeze.

Graphics wise, the Snapdragon 830 boasts of an Adreno 540 which is the current flagship GPU in Snapdragon’s line-up. It supports DirectX 12 which makes it perfectly suited for VR or 4K applications.

So it’s safe to presume that performance department scores full thumbs up.

On the OS front, it will come with Android v7.0 (Nougat) which at the time of writing is the latest offering from Google. And although Android O is in the talks, it won’t likely launch with it because there hasn’t been n stable official Release of Android O on Google’s front.And the launch timeframe won’t actually allow the devices to come with the latest version equipped out of the box, should Android Oreo launch nearer to the launch of the phone itself.

The UI of the phone will be the usual MiUi. This has been with us for a while now and is one of the easiest to use user interface for a phone out of the box. The interface is quite straightforward and presents the user with a user-friendly layout for ease of access. Xiaomi keeps the layout fresh by applying subtle changes without disrupting the user friendliness.

On the camera front, the device is speculated to have a 21 MP Primary Camera with a 13 MP front camera.

While the camera maybe impressive on paper, the storage is not so. The people who like to store tonnes of content on their phones maybe disappointed as at the time of writing, the only variant rumoured is will sport a meagre 32GB of storage on-board without the option for expansion via SD cards. This is quite a setback as the flagship device of any company is supposed to support at least an option to expand storage if the on-board storage isn’t adequate enough. This might prove to be an Achilles heel as most of its competitors do support expansion options and bigger storage on-board.

The Mi7 will also feature a 3500mAh Lithium-Polymer battery. While it may sound good enough for a day or so worth of usage, but the fact is that if the rumoured specifications are true, then this battery will be powering a beefy processor and a 4K display so everyone’s mileage may vary according to their usage.

Although the Mi7 isn’t officially launched in India as of yet, the rumoured specs do make for a very exciting proposition among the phone enthusiasts. The Xiaomi Mi7 price in India is rumoured to retail for a price of around Rs.26, 990 which is pretty good for the specs it offers.