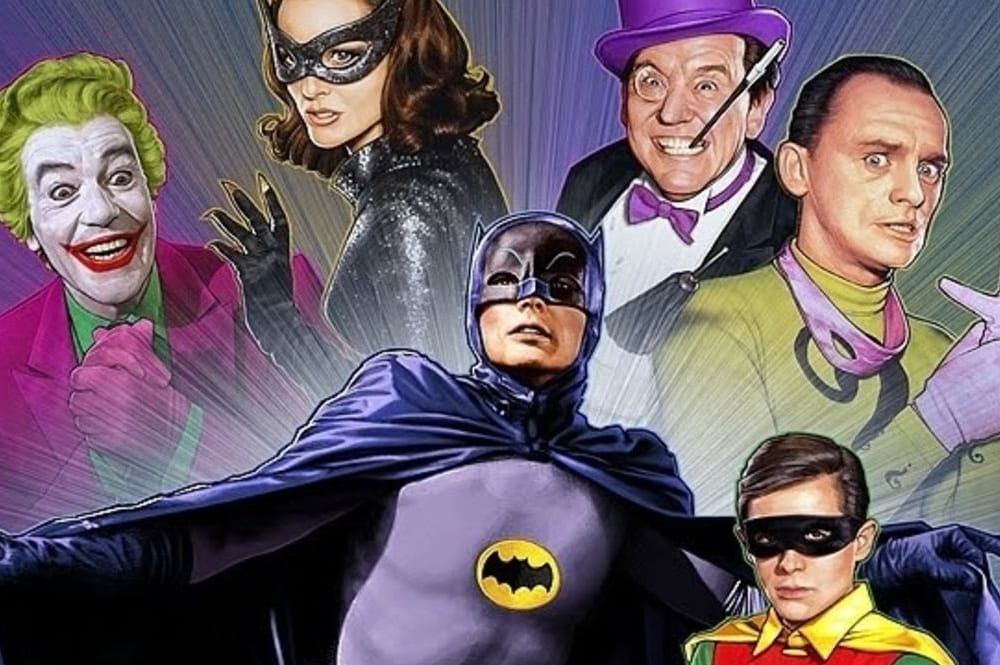 The man most people know as the original Caped Crusader, Adam West, has died at the age of 88, and we are looking back and remembering the good ol’ days of nananananananana Batman!

When Batman neared the end of its third and final season in 1968, NBC offered to pick up the show from ABC and air a fourth season, but only if they could use the same set. The set had already been destroyed and NBC didn’t think rebuilding the $800,000 set was worth it, so they withdrew their offer, and that was the end of the original incarnation of Batman. Much of the world has seen reruns of the show since 1968, but what happened to the cast in their post-batcave days?

After Batman, Adam West struggled with being severely typecast. West’s first role after walking out of the batcave was in the film The Girl Who Knew Too Much in 1969, which was a box office disappointment and didn’t help West shed his cape. Riding the wave that followed Batman, West made a living doing personal appearances as Batman. West starred in a number of films through the 70s and into the 80s, but none were quite as memorable as his role as Batman. He also made guest appearances on a variety of television shows including Laverne & Shirley, Bewitched, The Love Boat, Fantasy Island, King of Queens, and George Lopez. West finally found his place again in voice acting.

His recognizable voice landed him roles voicing  Batman once again in the animated series The New Adventures of Batman, and in other shows such as Super Friends: The Legendary Super Powers Show and The Super Powers Team: Galactic Guardians. He also did voice work on everything from The Simpsons to Futurama, Rugrats, The Critic, The Boondocks, Histeria!, Kim Possible, and Johnny Bravo. He had a recurring role on The Fairly OddParents, where he played a cat obsessed version of himself famous for playing “Catman.”

In 2000, West began voicing Mayor West on Family Guy. Creator and head writer Seth MacFarlane claims to have gone out of his way to not typecast West by never referencing Batman. The role has brought a wave of new fame to West’s later career.

After the end of Batman, Burt Ward found himself having a difficult time finding more acting jobs. He eventually re-emerged to act in more than 30 made-for-television films such as Virgin High and in June 1985, Ward wrote an autobiography about his time playing Robin, titled Boy Wonder: My Life in Tights.

Ward appeared in numerous reunions with co-star Adam West. The most memorable included the two reprising their roles as Batman and Robin on a short-lived animated television series called The New Adventures of Batman, the theater show Legends of the Superheroes, and the 2003 television movie, Return to the Batcave: The Misadventures of Adam and Burt.

In 2001, Ward began Boy Wonder Visual Effects, Inc. which has provided visual effects for various television series and films such as Bulletproof Monk.

Alan Napier was actually the first actor cast for the show Batman. After its cancellation Napier’s career extended into the 1980s, with TV roles in such miniseries as QB VII and such weeklies as The Paper Chase. He finally retired in 1981, in his 78th year.

In early 1988, Napier appeared on the FOX Late Show talk show in a Batman reunion show, with the entire cast of the iconic camp TV series. Though in a wheelchair and visibly tired, Napier was lucid with fond memories of his work on the show. Napier suffered a stroke in 1987, and had been hospitalised and gravely ill for several days, before his death of pneumonia on 8 August 1988 in the Berkley East Convalescent Hospital in Santa Monica, California. He was 85 years old.

After Batman, Yvonne Craig continued to act on and off in movies and television. She appeared in guest roles in the first episode of Love, American Style, as well as Kentucky Jones, The Big Valley, It Takes a Thief, The Mod Squad, and Emergency!. In 1973 she appeared in a season 1 episode of Kojak called ‘Dark Sunday’, and in 1974 made a guest appearance in The Six Million Dollar Man. She also made appearances as herself on some celebrity editions of Family Feud.

Craig eventually moved into private business. For a time, she was a co-producer of industrial shows, after which she worked successfully in the real estate business, for which she continues to maintain her own website.Craig appears in the documentary Ballets Russes and since 2009, Craig has provided the voice of Grandma on the animated children’s show Olivia.

Cesar Romero actually refused to shave his mustache for the role of the Joker, so white make up was just smeared over it and his mustache was still visible in some shots. After Batman in the 1970s, Romero portrayed the absent father of the Freddie Prinze character Chico Rodriguez in Chico and the Man. Among Romero’s guest star work in the 1970s was a recurring role on the western comedy Alias Smith and Jones, starring Pete Duel and Ben Murphy. He also appeared as Count Dracula on Rod Serling’s Night Gallery, and guest-starred in an episode of Bewitched.

Apart from these television roles, Romero appeared as A.J. Arno, a small-time criminal who continually opposes Dexter Riley, played by Kurt Russell, and his schoolmates of Medfield College in a series of films by Walt Disney Productions in the 1970s. He also appeared in a sixth-season episode of The Golden Girls, where he played a suitor of Sophia’s named Tony Delvecchio who disappoints her when she tells him “I love you” after a night of passion, and he doesn’t return the sentiment.

Romero died on New Year’s Day 1994 from bronchitis and pneumonia. His ashes were interred at Inglewood Park Cemetery in Inglewood, California. He was 86 years old.

The rest of the cast included great actors and actresses like Eartha Kitt, as one of three actresses to play Catwoman, and Burgess Meredith as the Penguin. Kitt went on to a successful singing and Broadway career, as well as a large involvement in activism until passing away on Christmas 2008. She was 81 years old.

Burgess went on to be Rocky Balboa’s trainer Mickey Goldmill in the first three Rocky films, and he returned briefly in a flashback in Rocky V. Burgess was tied with Jack Klugman for most appearances on The Twilight Zone and in 1983 he narrated The Twilight Zone: The Movie. Burgess passed away from melanoma on September 9, 1997. He was 89 years old.