Miami: A beautiful blend of sun-kissed beaches and urban vibes

Miami, the city that “keeps the roof blazin’” according to rapper and actor, Will Smith. The cultural and economic heart of South Florida is a simply stunning vacation destination. That’s largely because it is anything but one-dimensional. There are magnificent attractions that everyone can enjoy. If you are planning a trip to Miami for the first time this year and you’re feeling a little overwhelmed by a list of attractions that’s as long as your arm, we’ve got your covered. For a genuine flavor of Miami life, here’s six of the best things to do in Miami on your first stay.

Get a load of Miami’s Big Bus Tour

Although some of you might feel that hopping on a sightseeing bus doesn’t allow you to get under the skin of a city, we can’t speak highly enough about Miami’s Big Bus Tour. This double-decker bus is accessible at a host of Miami’s main attractions, allowing you to hop on and off the bus throughout the day as you take in sights and sounds such as Jungle Island and South Beach. The best bit is that the tour guides are highly regarded for their charismatic yet informative knowledge of the city.

Meander around Biscayne Bay to take in Miami’s unique coastline 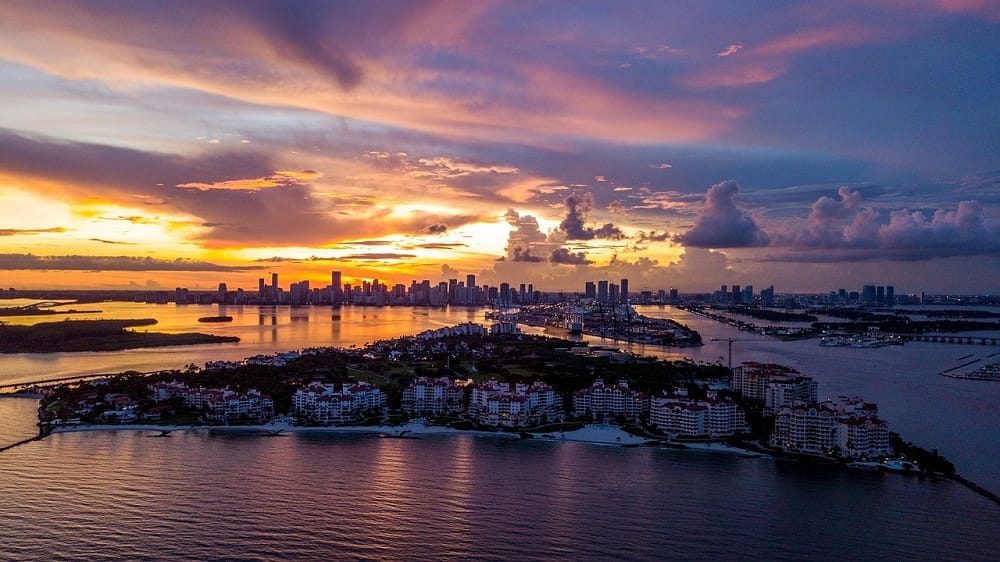 The city of Miami never sleeps, even when the sun sets

Miami’s crystal blue waters are some of the most inviting in the US. What better way to explore them than by boat? Head aboard a sightseeing cruise across Biscayne Bay, which will give you unique views of Miami’s cityscape and coastline. You’ll also get the opportunity to experience the Venetian Islands, which are a chain of artificial islands that are becoming increasingly exclusive places to live near the up-and-coming Sunset Harbor neighborhood.

The Vizcaya Museum will stir the cultural senses

For a real taste of Miami culture and heritage, be sure to set aside some time for the Vizcaya Museum & Gardens. The building is quite literally teeming with artifacts and unique artwork that tells visitors so much more about Miami’s history. The museum also boasts its own tropical gardens, which offer unrivaled views of Biscayne Bay once you’re finished getting under the skin of the city’s cultural past indoors.

Check out the Super Bowl while it’s in town

If you are a general sports fan, you should do everything you can to get a ticket for the Super Bowl LIV. This year’s event is being staged at the Hard Rock Stadium, which is the home of the Miami Dolphins. The Road to Miami is long and arduous for even the best NFL teams. With the NFL playoffs bringing lots of excitement and opportunities, experts from the sports wagering industry are already giving their picks for fans to bet on the biggest games. The people of Miami sure are excited, not least because they will finally get to see some high-end football played. The Dolphins have been more like dead ducks in the NFL for some time, with only two Super Bowl Playoff appearances in the last 19 years.

It would be remiss of anyone old enough to party not to check out Miami’s iconic nightlife. The beauty of partying and clubbing in Miami is that there are so many different hip and happening party neighborhoods. You’ve got the beach vibes of South Beach, which surprisingly doesn’t make our top ten list of beaches, or the more metropolitan feel of Downtown. House and Latin music are two of the biggest winners in this city’s nightclubs, with the latter boasting clubs dedicated to this fun, passionate genre. Wherever you choose to go, be sure to call in advance to get your name on a guest list to avoid disappointment and lengthy queuing.

Speaking of Miami’s Latin roots, what better way to understand them further – before or after your trip to one of Miami’s Latin nightclubs – than to stroll through Little Havana. This Cuban-inspired neighborhood sits due west of Downtown Miami. The Calle Ocho “strip” is where most of the action is, paying homage to Cuban culture with a plethora of eateries, bars and art galleries. It’s a great place to mix with the locals as it’s popular with them as well as the tourists.

Although this modest list might seem like we’re only scratching the surface of what to see and do in Miami, this hand-picked mix of attractions and experiences will leave you wanting more – second vacation anyone?!

More Under: Things to do in Miami